Part the Seventeenth. The end is nigh!

It would have been upon us slightly faster if I was more organized about generating the batch images and writing posts, but real life, work, and sleep have a bad habit of cutting into hobby time, you know?

Anyway. Heraldry, field only variety. Today is all quarterly and variations on that theme. 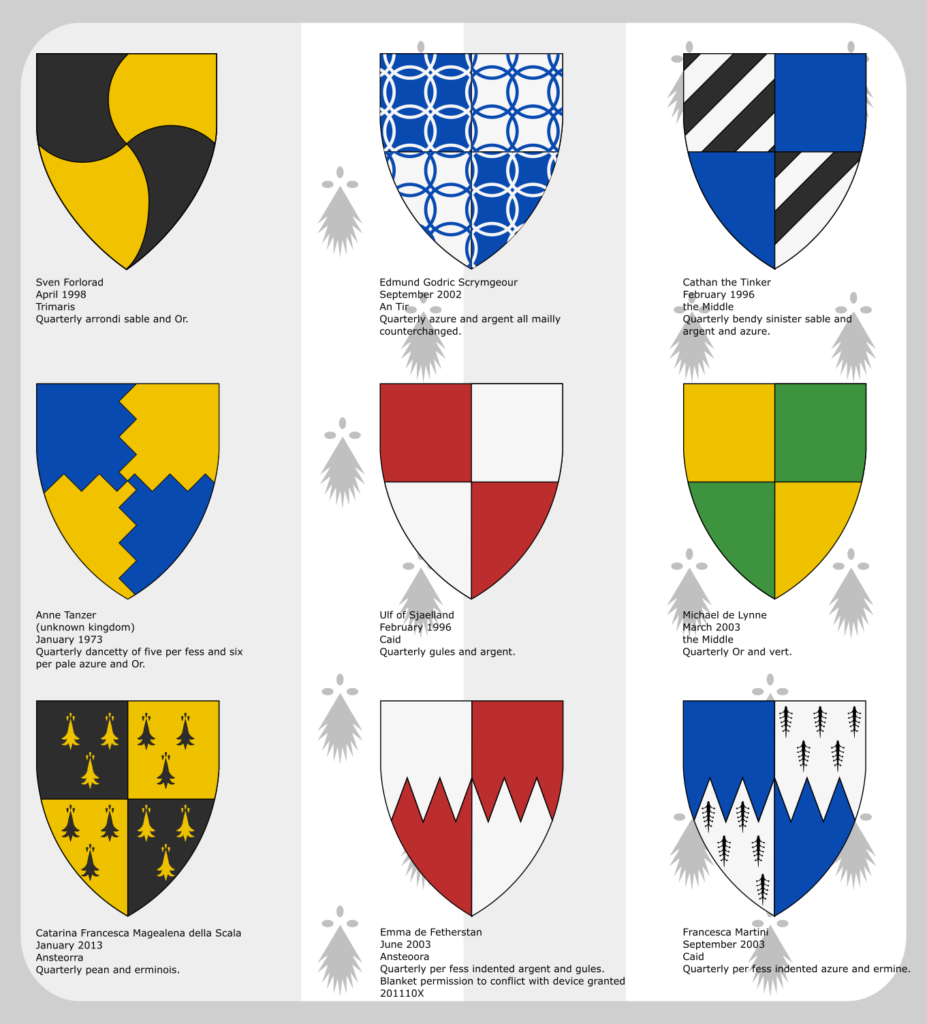 Given the number of us in the SCA who play Norse (yes, me too…) I’m really surprised not to see more “quarterly arrondi” devices like Sven Forlorad’s “Quarterly arrondi sable and Or” in the top left corner there. It’s a stereotypically Norse design, would look great on a round shield, and his device is the single solitary field-only example of the type somehow.

Edmund Godric Scrymgeour’s “Quarterly azure and argent all mailly counterchanged” next to it was the device that finally forced me to sit down and draw an acceptable maily design in Inkscape, after at least five previous attempts all looked too crowded at any sort of distance.

In the “small neat details” category, I like the little square twist right at the centre of Anne Tanzer’s 1973 “Quarterly dancetty of five per fess and six per pale azure and Or” where the two dancetty lines intersect. (leftmost in the middle row)

One last one in a day or so, then there’s going to be a bit of a pause over Christmas/New Years while I fix errors, change the layout around, and get ready to do a few different and hopefully interesting things with this big block of armoury I’ve created over the last few months!