Now that I’m back home, I’ve started putting the photographs from my trip up on Flickr.

The entire Europe Bike Ride 2014 album is here, and will automatically show new photos at the bottom of the page when I add them.

A couple from Vienna and the first couple of days on the road through Austria, just to whet your appetite! 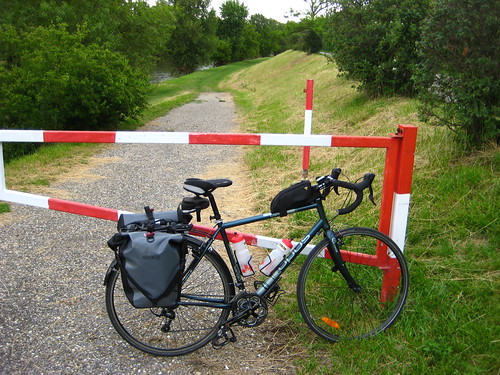 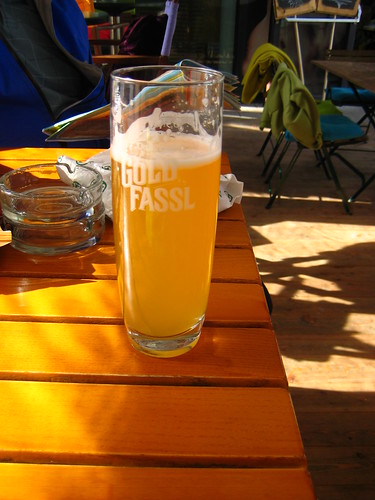 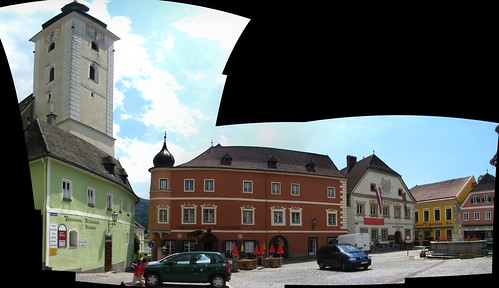 Many, many more photos to come over the next while; I shot nearly 3000 photos over the seven weeks I was away and will be sorting through them as quickly as I can. Lots of them are panorama shots that need to be assembled before I post them, like the third image above. They’re fun but extra work to get ready.

After arriving in Nantes on Monday most of us took Tuesday very easy, and some of the group started to head home.

Martin and I spent the afternoon at the chateau of the Dukes of Brittany, which is now the museum of the City of Nantes, and in randomly wandering on the bikes.

Wednesday we hopped a late morning train out to Saint Nazaire with the bikes but minimal baggage, took the bike-rack equipped bus across the 5km bridge over the mouth of the Loire, then rode back into Nantes, about 65km.

With this leg, we’ve both ridden clear across France, from the Swiss border to the Atlantic Ocean!

The first two thirds of the trail back to Nantes is quite nice, through farmland and along an old shipping canal, but when you hit the outermost edges of Nantes the official trail goes completely to crap, wandering up and down hills, along narrow gravel paths, and generally thrashing around randomly. We wound up alongside motorways to get back into central Nantes after missing an important turn, which wasn’t the nicest way to end the ride.

Off to Paris tomorrow!

The day started off promising, with clear skies and a solid breakfast provided by members of the local Varades cycling club.

We stuck fairly closely along the Loire on the 50km run into Nantes and the trail was easy to follow and generally good, although one stretch was unpaved and slightly rough.

After meeting the elephant we had a very nice reception and lunch laid on by the city of Nantes, good food, speeches not too terribly long, and enough alcohol. I got lots of photos of the folks I’ve been riding with for the last six weeks.

The Nantes hostel is large and quiet, and not too far from the centre.

Eleven of us, the whole Anglophone contingent plus the ride’s solitary German, went out for dinner at a nice Indian curry place. People start leaving as early as tomorrow morning, so it was nice to have a good meal together.

No plans for tomorrow except to sleep in a bit and wander around Nantes on foot! Its going to be a bit odd not packing the bike up…

Second to last day on the road, and regrettably the weather isn’t cooperating – cool and solidly overcast all day, with occasional light rain.

The EV6 from Angers mostly follows the Loire, and where it doesn’t we usually stayed on the secondary roads to avoid unnecessary hills.

We stopped once for coffee at a little riverside village, then a while later we rode past the Lenin Cafe out in the country and had to stop. Turns out one of the owners had been in Russia and Eastern Europe in the early/mid 1990s and picked up all sorts of Lenin and Communist kitsch, so the whole place was filled up with busts of Lenin, reproduction posters, and other Russian stuff.

Following Marx’s famous dictum that “proper tea is theft” all three of us ordered tea, and very proper it was, too.