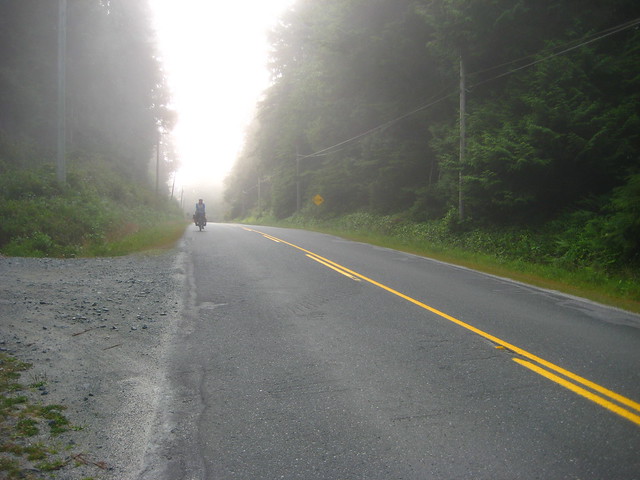 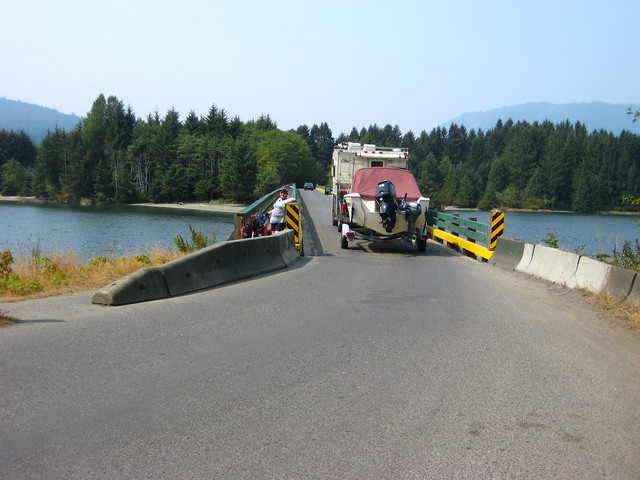 “Traffic isn’t usually that heavy and most drivers are courteous” – I am a very courteous person but as anyone who drives that incredibly windy, narrow, shoulderless road knows, it is not a a question of “courtesy”. Do I and the whole line of vehicles behind me agree to drive at the speed of the cyclist for several miles
or do I and the line of cars, trucks, trucks pulling boats, trucks pulling trailers, RVs and logging trucks, risk our lives by pulling into the oncoming lane to pass a cyclist? I suggest anyone contemplating cycling that road, drive it first.

I’ve approved your comment even though I think it’s wrong on a number of levels.

First off, even on a highway cyclists have the same rights to use the road as anyone else. This is not a question of “courtesy”, it’s a question of legal right.

Also, your “several miles” comment is hilariously off. Even the narrowest stretches of the Pacific Marine Highway have only short stretches where other users might be “stuck” behind cyclists; a few of the hills immediately west of Sooke and possibly a few of the other narrow uphill stretches between there and Port Renfrew are the only ones that occur to me. You sound like a dangerous and impatient driver only pretending to be courteous, so please don’t kill anyone with your oversized planet boiling stupidmobile. — Brian